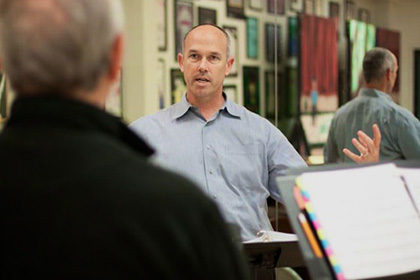 Chad Runyon has appeared on television, radio and concert programs in Japan, Australia, Singapore, Korea, the Philippines, Taiwan, Hong Kong, Europe and the United States. He was a member of the Grammy Award-winning ensemble, Chanticleer, from 1988-1997. In the San Francisco Bay Area, Chad has appeared with the Philharmonia Baroque Orchestra and Chorale, American Bach Soloists, the Men and Boys of Grace Cathedral, the San Francisco Opera and the San Francisco Symphony Chorus.

Chad teaches weekly lessons at his home studio in Danville or online via FaceTime, Zoom and other platforms as needed. Virtual lessons provide benefits such as ear training and sight reading.  Without real time accompaniment, your ear will be challenged and will improve with the practice of a cappella singing.  That said, in-person lessons have many benefits. 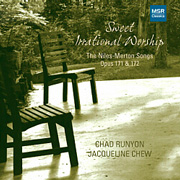